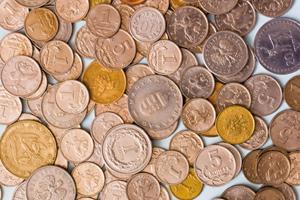 Post Office Travel Money’s top ten foreign currencies growth table shows that Croatia beat off European rivals for the third year running in the race to attract UK tourists. Along with Iceland and Switzerland, the country was one of only three short-haul destinations to feature.

There was also a minor recovery for the eurozone during the summer holidays with euro sales growing by 2% compared with a year ago – accelerating to 5% in August. Mexico led a list of long-haul summer successes that also included Barbados, Australia and Thailand.

Mexico was the runaway winner in the summer survey with demand fuelled by low-cost all-inclusive deals and direct British Airways flights to Cancun. Record growth of 144% compared with a year ago took the Latin American country into the Post Office’s top 20 bestselling currencies for the first time at number 19.

The Croatian kuna was the only currency to have featured in the annual table for the past three years, moving up to fourth place. A 15% sales increase compared with last summer – boosted by 36% growth in August – is the latest evidence of a continuing three-year growth trend, according to the study.

As a result Croatia (at seventh position) has moved well ahead of Bulgaria (ninth) in the main bestsellers list. Croatian kuna sales for June-August 2011 were 54% higher than purchases of the Bulgarian lev.

Post Office head of travel money Sarah Munro said: “This summer we have seen the first signs that demand for holidays to the eurozone has stabilised and even grown, despite the continuing volatility of sterling.

“In fact the success of Croatia, whose currency has strengthened against sterling this year, suggests that exchange rates are not the main consideration for holidaymakers. Package prices and resort costs play an important part in decision making.”

She added: “Once again the big winners in the drive to attract UK holidaymakers were destinations further afield. Encouragingly, the best growth levels were recorded in August, which could be a positive indicator of what lies ahead as the winter sun season gets underway.”