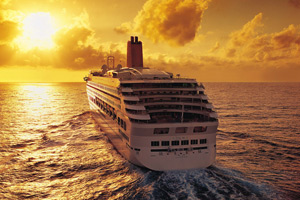 Carnival Corporation saw net profits for the peak summer quarter to the end of August pegged at last year’s level of $1.3 billion. This came on improved revenues for the three months of $5.1 billion against $4.5 billion for the same period last year.

Chairman and chief executive Micky Arison described the profit announcement as being better than anticipated due to the combination of higher than expected revenue yields and lower than expected costs.

“Our North American brands performed well, achieving an almost 6% yield increase, while our European, Australian and Asian brands yield fell 2% due primarily to the geo-political unrest in the Middle East and North Africa.

“Higher revenue yields helped offset a 45% increase in fuel prices.” Fuel costs are expected to rise to $542 million for the full year over 2010.

The parent company of brands such as Cunard and P&O Cruises said bookings for the remainder of the year and the first half of 2012 are at higher prices with “slightly lower” occupancies over the same time last year.

Bookings have run ahead of the previous year at slightly higher prices since June.

“Despite the uncertain economic environment, we have a strong base of business for the first half of 2012, and booking trends for the third quarter have been solid,” said Arison. “The increased level of importance consumers are placing on value continues to drive demand for our cruise products.”

The group carried 2.676 million passengers in the three months, up from 2.617 million in the same period last summer and saw rises in both ticket and on board revenues.