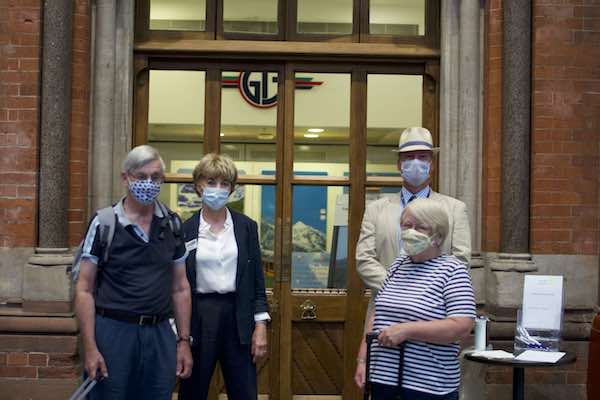 The imposition of quarantine restrictions on France and Holland has forced Great Rail Journeys to cancel Eurostar trips to the Continent until at least the first week in September.

The operator resumed escorted tours last week from London St Pancras via the Channel Tunnel passenger rail service through France and Belgium to Switzerland and Germany.

Daily departures were taking place pre-Covid with the company handling more than 33,000 passengers a year on its tours via Eurostar.

But a spokesperson said: “Unfortunately, following the latest government announcement that banned all non-essential travel to France and the Netherlands, customers due to travel will be left disappointed as the company has been forced to cancel holidays travelling via Eurostar until at least the first week of September.”

A consumer survey by the firm involving more than 4,500 people found holidaymakers feel more confident travelling by rail – and are more than twice as likely to feel concerned about travelling through an airport and by aircraft (57%) than they would through a railway station and by train (22%).

Chief executive Peter Liney said: “We were absolutely delighted to be able to recommence our summer 2020 programme, albeit in a reduced capacity.

“Unfortunately, the timing and nature of how announcements are being made is having a major impact on our customers, resulting in tours being cancelled at short notice and cutting off popular destinations, with much lower Covid death rates than the UK, to customers who prefer to holiday by rail.”

He added: “Our research has shown that holidaymakers feel safer travelling by rail than other modes of transport, and with more consumers also considering their environmental impact, no-fly holidays have an important role to play.

“It is frustrating that under the latest guidelines it is not currently possible to travel via rail into Europe.

“Our customers that are due to travel with us in September have told us that they do not want to fly and are disappointed that unless they do, they will not be able to get to their chosen destination.

“The impact on rail travel is understandably frustrating for our customers. It is rewarding to hear positive feedback from those that were able to go on holiday last week.

“They have told us that they feel safe and well looked after, and it is not surprising to us that our customers are enjoying their time away so much that, given the choice, they have decided to continue their holiday and quarantine when they return rather than coming home early.”