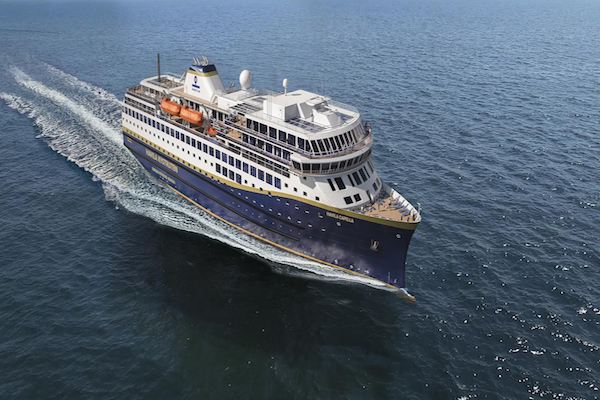 Havila Voyages is a new family-owned Norwegian shipping company which has ordered four ships, designed to be the most environmentally friendly to operate along the coastal route from Bergen to Kirkenes.

This will pitch the company in direct competition with long-established Hurtigruten.

The first two 179-cabin ships – Havila Castor and Havila Capella – will operate from next year with two more – Havila Polaris and Havila Pollux – following in 2022.

The ships are operating as part of a ten-year government funded contract to sail the historic route, with Havila operating four of the 11 ships departing daily from Bergen.

Each of the new ships will be fitted with what are claimed to be the world’s largest battery packs, meaning they can sail through fjords and other vulnerable areas for up to four hours emission free. The batteries will then be charged in the numerous ports along the route, using clean hydropower.

Newly-appointed UK country manager Matthew Valentine, who joins from Hurtiguten,  said: “2020 has not been an easy year for the travel industry, especially the cruise sector.

“We clearly didn’t plan to launch a new cruise line during a worldwide pandemic, so it is really heart-warming to have received such a positive response from the UK travel trade.

“We have some exciting plans for the launch of Havila Voyages and I’m delighted to once again be working with operators and agents from across the UK.

“We know that the success of our business will rely on us building strong trade partnerships, so I look forward to catching up with as many industry colleagues as possible in the near future.”

The 12-day Havila Voyage, costing from £829 per person cruise-only in December 2021, takes in 34 ports whike passengers can choose to join the round trip, complete just the northern or southern journey or even spend two or three days on board.

Excursions offered include a whale safari, king crab fishing in a frozen fjord, dog-sledding in the Arctic wilderness or snowmobiling across the North Cape Plateau.

Prices lead in at £241pp for a two-day trip from Trondheim to Bergen,  cruise-only basis.

The six-day southbound voyage from Kirkenes to Bergen starts at £497pp.

A range of payment options are offered with cheaper, non-refundable rates or a choice of more flexible options.

Agents and tour operators will be able to make a booking via Havila’s B2B booking system once a contract is in place.