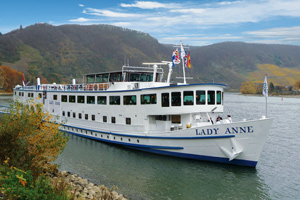 The river cruise market in the UK is being likened to the ocean voyage sector of 15 years ago with significant growth prospects through the trade.

Conservative growth of 5% a year over the next five years has been predicted by Perl River Cruises managing director Stuart Perl, with the majority of additional sales coming via agents and operators.

This comes after official figures released earlier in the year by the Passenger Shipping Association showed 8% growth to 134,000 UK river cruise passengers last year over 2009.

The rate of growth in ocean cruising is projected to slow to around 1% in 2012, albeit with numbers still expected to surpass this year’s figure of 1.71 million. The 2010 figure of 1.62 million people taking ocean cruises was more than double the figure a decade earlier.

Perl, with a background including Cunard and Peter Deilmann River and Ocean Cruises, said: “The river cruise market in the UK is where ocean cruising was 15 years ago. It is at a stage where agents and operators getting in at the ground level will reap the benefits as the sector continues to grow.”

He believes that despite the gloomy economic climate 5% annual growth is “very achievable” with the majority of additional business coming via the travel trade as new river cruise operators and distributors target the UK as one of the top three growth markets in Europe.

While there are many established direct sell river cruise operators, Perl sees this as a costly route to market for newcomers in particular.

“Selling river cruises is not necessarily for ocean cruise sellers. This is a travel experience as much as a cruise experience and a sector that is largely untapped through the travel trade for experienced travellers, city breakers and long haul holidaymakers,” he said.

Perl was speaking just over a year after establishing his business which mainly targets groups for sailings in Europe, Asia and India.