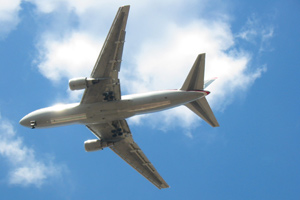 The government has conceded it must amend the draft Atol regulations to exclude airlines from the proposed flight-plus protection regime.

The Department for Transport (DfT) responded to a legal point made by leading industry lawyer Peter Stewart in September in a series of answers issued yesterday to questions raised in the recent consultation on Atol reform.

Stewart had dismissed as a “fallacy” the government view that consumer protection could only be extended to airlines by primary legislation. He wrote: “It is incontrovertible that airlines fall within flight-plus.”

The DfT went some way to confirming that view yesterday, while reaffirming the need for primary legislation. In a statement, it said: “The government’s position is that airlines cannot be required to provide financial protection for the proposed Flight Plus holidays under the Secretary of State’s current powers. The draft Atol regulations will need to be amended to ensure they are consistent with this.”

A department spokesman decline to comment on the likely changes, but said there would be no need for a further consultation. He said: “We might need to make tweaks to the draft regulations, but would not expect to consult again.”

Stewart was unavailable for comment. But David Grant, Vantage professor of travel law and editor of the Travel Law Quarterly which published Stewart’s argument, said: “It shows the government is listening to the industry and demonstrates the value of a consultation. Even lawyers were having difficulty with interpreting some of the regulations.”

However, a senior industry source suggested the move “rather undermines the DfT’s position that it can’t bring in airlines without primary legislation”.

Thomas Cook director of government and external affairs Andy Cooper said: “It’s tempting to think the DfT should take advantage of an opportunity to bring airlines into financial protection. But I can see why the DfT would want to remove any doubt. We always said we could live with a two-stage process [to bringing in airline holidays].”

The re-drafted regulations will be included  in transport minister Theresa Villiers’ next statement to parliament on the reform, now expected in December.