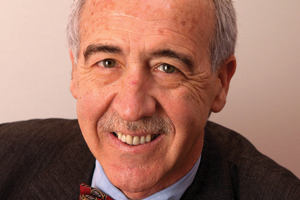 The director of the Spanish Tourist Office in the UK remains confident that Spain will remain Brits’ favourite holiday destination as he prepares to step down after seven years in the role.

Ignacio Vasallo, who has held the position longer than any other director, bids farewell to the UK at the end of the month to become director of the Spanish Tourist Office in Paris.

He is leaving on a high. Figures released this week reveal Spain has experienced a resurgence in popularity with the British market. From January to September, Spain welcomed in excess of 11 million UK tourists, a year-on-year increase of 9.2%. In September alone, British tourist arrivals were up 11.4% year on year.

The UK continues to be Spain’s most important tourism market, capturing the largest share (24.3%) of all international arrivals, followed by Germany (15.8%) and France (15.4%).

“Spain is by far the most popular destination for the British people and will continue to be,” said Vasallo. “For many people, Spain is their first memory of a holiday abroad. Nearly a million people have houses or time shares, so they become accustomed to the Spanish way of life, like eating tapas or drinking beer in the sun,” he said.

However, customers increasingly want to know if a destination is eco-friendly, and Vasallo admitted Spain has a long way to go in terms of developing responsible tourism. “Some destinations, such as Majorca, are taking green tourism very seriously, but I don’t think enough has been done so far,” he said.

Vasallo said the most significant change he had witnessed in the last seven years had been the emergence of online travel and low-cost airlines, which have in turn led to a burgeoning independent travel market.

In fact, the package holiday market increased slightly this year, from 31.6% to 35.5%, thanks to operators rerouting capacity away from Tunisia and Egypt. However independent tourism continues to be the strongest growth area.

“There has been a change of power from the operators to the individual. We have seen the democratisation of air travel. When I joined the tourist board most trips were packages, now just 35% are. This has been a challenge for some hotels, who were used negotiating with operators once a year, but overall it has been a positive thing.”

Competition from destinations outside the eurozone such as Morocco and Turkey made life difficult for Spain last year, but drove hoteliers to improve their offering, said Vasallo. “Hoteliers have been obliged to give better service and to offer good prices.”

Spanish hotels offering good value deals on half board or all-inclusive has contributed to a slight reduction in the average spend per day from UK visitors, which dropped by 2.5% this year as clients tried to curb their costs.

Despite the many changes, the trade has always been key to Vasallo’s work and remains as important as ever. “Abta’s Travel Convention has been in Spain nearly every year and we have hosted all the consortia meetings. We have been very supportive of the trade and every year send hundreds of agents to Spain, and I don’t see that changing.”

Vasallo will be replaced by Enrique Ruiz de Lera, who is currently marketing director of TurEspana, and a leaving party will be held for him during World Travel Market. “I am very proud of what I’ve done and hope my successor will do it even better,” he added.