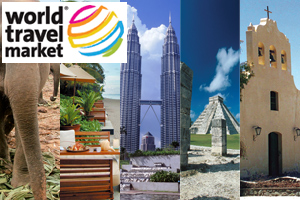 Five countries – dubbed the SLIMMA nations – have been highlighted for their future growth potential.

Sri Lanka was named as it is re-emerging after the civil war, investing in infrastructure and emphasising its natural beauty.

Indonesia was credited for its diversity, growing population high levels of disposable income.

Malaysia was described as an Asian country with more freedom than others in the region, with a developing tourism industry and aggressive marketing campaigns.

In last year’s report the BRIC nations were named one of the biggest growth opportunities over the next five years. South Africa has since been added, with 65% of senior travel and tourism executives viewing it as important a market as other BRIC nations.

However, South Africa was seen as the least important market to the executives’ businesses, with China the most important, followed by India, Russia and Brazil.