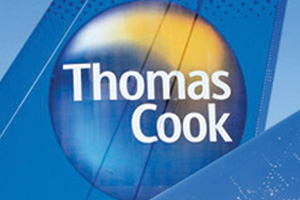 How much trouble is Thomas Cook in?

Not as much as the consumer media suggested in its fevered presentation of the news that Thomas Cook had postponed publication of its annual results while it sought fresh funds from its banks, but more than at any time through a torrid period since July.

Some perspective is required. The group’s troubles stem from difficulties in the real world that were not foreseen by anyone in a position of authority in the government, the Bank of England, the International Monetary Fund, the European Central Bank and so on, to say nothing of the business press that now pronounce on the group’s future.

A journalist friend – working in a different business sector – was staggered when I explained Thomas Cook could announce an annual operating profit in the order of £300 million. He assumed the company must be losing money hand over fist to warrant such a trashing.

On the plus side, Thomas Cook has its brand name and history – which count for something but not enough to save a company or its reputation.

There are shades of Woolworth’s here – a household name that is part of the furniture, a common factor in millions of people’s lives. But Thomas Cook is not Woolworth’s and should not go the way of Woolworth’s.

The company is not tied to the health of the UK market. It is number two in Germany and Scandinavia – the number one and number three outbound markets in Europe (the UK is number two).

What is more, it is making money in these markets. More than two-thirds of its operating profits last year came from Europe other than the UK. The group has been making a healthy underlying operating profit – it was on course to hit around £320 million before the latest implosion.

So it should be able to handle an overdraft. Yet it is currently close to worthless on the only measure that matters – its share value.

I hope this goes up because the livelihoods of a lot of people are at stake. In reality the share price is likely to bob around where it is for a time as traders buy at a low price and sell at a somewhat higher one.

There was excitement when the share price rose 28% at one point on Wednesday (meaning an increase of less than 3p) before subsiding back to a value under 11p.

For the record, the shares closed last night at just above 16p (47% up!). But such movements are largely meaningless.

What matters now are the banks, in whose hands Thomas Cook’s immediate future lies. This is a bit like being in intensive care with only patients from the recovery ward to look after you, but let’s look on the bright side.

It would not be in the banks’ interests to bring down the group. They would be writing off money that they have every chance of getting back, when what is required is hardly the stuff of Italian government debt.

I suggest Thomas Cook will pull through. It will announce the facilities it requires within days (the sooner the better) and a plan to restructure.

It will slim down its tour operations in the UK to match its slimmed down airline. It will sell off what it can. It will focus afresh on retailing.

Its shares may well be swooped up by an overseas company, consortium or investment group. Why wouldn’t a private equity company or a Chinese or Indian investor be interested in an iconic name with a sound base in Europe’s major markets?

Cook would certainly benefit from being taken off the stock market, which has brought it to its knees. However, I struggle to see how Thomas Cook can climb back to where it was as a plc.

The serial profit warnings under former chief executive Manny Fontenla-Novoa were bad (though there were not three of them in a single calendar or financial year).

But there was a slow path to recovery open to a new chief executive – until Tuesday’s hammer blow. Now City trust in future announcements will be shattered.

Given what had gone before, the timing of the decision to postpone delivery of the annual results while seeking additional funding is hard to understand.

The explanation that a trading meeting on Monday presented a picture suddenly so dire as to convince of the necessity of doing this barely helps.

If it were true that a sudden 20% deterioration in trading in France and Russia had proved decisive it would suggest: 1) that France and Russia have come to contribute inordinately to Thomas Cook’s annual figures or 2) Cook had grossly over-estimated the contribution of these markets or 3) The management team was not paying sufficient attention to the state of trading – surely the worst implication?

If we rule out these explanations, as surely we must, we are left to ponder other possibilities. One is that Thomas Cook continued to talk with its banks over recent weeks after announcing a £100 million extension of its facilities in October.

(But then why leave it until two days before the results to announce a delay when the fall-out was predictable? Perhaps there was hope until the last minute that a deal could be sorted.)

I wish Thomas Cook every success. The people working for it deserve better than this. But the company has been badly wounded and faces time on the operating table.

It has every chance of emerging in decent shape, though not with every faculty undiminished.