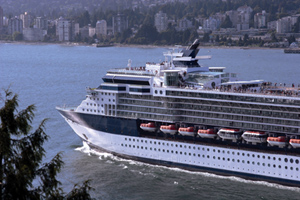 Cruise lines with increased capacity in the Mediterranean next summer will struggle to attract more US passengers due to the eurozone financial crisis.

The ultra-luxury line has already sought to counteract difficulties and delays with transfers by building in free overnight hotel accommodation ahead of cruise departures in the Med in 2012.

“I am fearful for next year in the Med that it will be a really difficult period. A lot of Americans won’t come over in the volumes we’ve seen in the past due to the situation in Greece, Italy and Spain particularly if the demonstrations accelerate.

“With the amount of capacity in the Med next summer, it does concern me.”

RSSC has only one of its three ships in the region for whole of the summer, with a second deployed in the spring and autumn.

But there will be nervousness about attracting notoriously cautious American travellers at a time when many big lines which are deploying more vessels in the Med for 2012.

The implication is that lines will have to rely more on sales from Europe in order to fill ships, raising the potential for a rash of discounting.

Despite RSSC being more than 60% sold for next year, Sadler said the all inclusive operator would be ramping up sales and marketing activity in order to maintain strong pricing and yields while continuing to bring forward the booking curve for early 2013 departures.

He stressed that the company – which achieves 88% of sales through the trade – had no plans to cut commissions or drop its rates.

Despite an average selling price of £4,900 per passenger, Sadler suggested that RSSC’s all inclusive pricing meant that it was a strong option for agents to support as commission is paid on all items such as shore excursions, tips and drinks, which are non-commissionable optional extras with mainstream cruise companies.

“We are not an expensive line when all costs are taken into consideration,” he claimed.

Sadler revealed that the company was in the final stages of negotiations to sign with a ship yard for the building of its first new ship since 2003. The aim is to have the 740-passenger capacity new-build operational by the end of the first quarter of 2014.