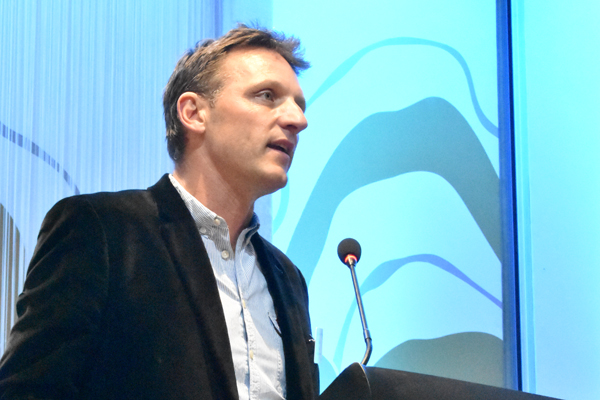 The government has been criticised for not involving anyone from the trade on its Global Travel Taskforce.

Hawke’s criticism followed Abta chief executive Mark Tanzer took Shapps to task after his address for not appearing to “take on board the fact that we are still in the middle of this [Covid] crisis”.

Writing in the Telegraph, Hawke said: “I haven’t spoken to anyone in travel at a senior level who was invited to be part of the task force, or even contribute to it, despite promise of representation from the industry when it was unveiled on October 8.”

It then emerged that it comprises various government departments, NHS Test and Trace, and Public Health England.

The suggestion by Shapps of a possible reduction in the period of quarantine from 14 days “will be no help whatsoever to travellers or to our beleaguered travel industry, and it will mean consumers have to pay for tests,” Hawke said.

“The gap between returning from a trip and being able to actually live any real life is still unacceptable. It is also likely to be financially prohibitive for most people at this stage,” he added.

“Here’s the real kick in the teeth. Anyone in travel could have told Mr Shapps his solution won’t work. That would have avoided wasting weeks of time, energy and money with a task force that looks set to deliver an unworkable solution.

“If there was a task force on education, you imagine some people who understand education might actually be involved. Would anyone set up a task force on sport and not have people from sports governing bodies involved?

“We all recognise that this is a global public health issue and that health professionals should be heavily involved, but we also know what is happening on the ground in destinations, what is realistic and achievable, and what our customers are asking for.

“Like the government, we want to facilitate travel safely but would rather do this well – and do it once – so that it can be understood that travelling to another country is no less safe than eating at a local restaurant, going to the shop or jumping on a train.

“Indeed, in many countries the level of response to Covid and measures in place to limit transmission far outstrip our own.

“Airlines are making massive efforts to protect customers, and airports are already doing rapid-result testing in many destinations.

In fact, many of us in the travel industry are convinced that the heavy-handed and arbitrary approach by the UK government is so they can be seen to be doing something decisive – but they’re not actually making any real difference.”

Hawke called for an inexpensive and rapid test that can be administered and provide accurate results in minutes rather than days.

“A very short quarantine period of a day, if necessary, should be adequate once proper testing is in place,” he said.

“The system of ‘travel corridors’ should be removed, and the Foreign, Commonwealth and Development Office should not to apply blanket ‘avoid all non-essential travel’ advice to whole countries at short notice because of relatively small incidences of Covid-19; in fact, we need a recognition that every country is dealing with coronavirus and that protocols elsewhere are generally more stringent than they are in the UK.

“The travel industry isn’t the big spreader of Covid-19 that the government appear to paint it as,” he insisted.

“Importantly, there needs to be a recognition that customers want to travel, and that they are capable of looking after themselves, taking the same precautions abroad that they would take at home – everyone wants to be safe.

“The world relies on tourism, with over 10% of jobs and global gross domestic product being tourism-related.

“The travel and tourism industry doesn’t want handouts to make us viable: what we want is to be able to help devise the solutions as part of the Global Travel Taskforce that will enable people to travel safely again soon.

“After all, we are experts at what we do and we should be listened to.”