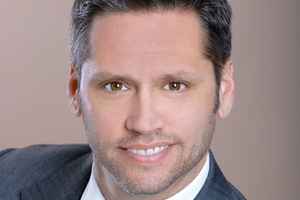 Adolfo Perez has promised Carnival Cruise Lines will have a much higher profile in the UK next year thanks to its first consumer advertising campaign.

The line, the market leader in the US, will be run as a standalone operation in the UK following the decision to split it from Holland America Line, whose sales team is merging with that of sister line Seabourn in Southampton.

This will see both the size of the Carnival agency support team and the marketing budget increased. An announcement on deployment is due soon and is hotly tipped to see Carnival return to British waters for the first time since 2008 when Liberty was pulled out of Dover as the credit crunch hit.

The downturn could not have come at a worse time for Carnival. The line had just earned widespread publicity from the naming of Carnival Splendor in Dover by the ship’s godmother, singer Myleene Klass.

However, good UK sales for new ship Magic in the Mediterranean has prompted Carnival to target the UK for growth again.

Perez would not reveal how much next year’s marketing budget would be but said it would put Carnival on a par with other better-established lines in the UK.

The operator is in the final stages of tendering for a new advertising agency. It hopes a new UK-tailored campaign will go live after the London Olympics.

“We really have not done any consumer marketing before, so this gives us the chance to launch the brand to the consumer.

“The plan is not to adapt what we’ve done in the US. We want to make sure we are talking to UK consumers in the right way.”

Perez said the line would not necessarily be looking to take market share from other lines. He believes the Carnival product is ideally suited to first-timers who may not have considered a cruise before.

Advertising, including broadcast, print and online, will run in non-traditional cruise media and will include a call to action to book through the trade, Perez said.

“We believe, because of the value of what we offer, that the non-cruise market is underserved in the UK. We definitely have the ability to attract new-to-cruise people and that’s the focus.”

Perez said a decision on deployment was due early in the new year and hinted there may be some positive news for the UK.

Last year’s sailings out of Barcelona on the 3,000-passenger Carnival Magic were particularly attractive to British passengers.

The 12-night sailings proved to be the most popular among the British guests and so next year new ship Carnival Breeze will operate a smaller number of sailings but all will be 12 nights.

Carnival believes its brand of informal cruising has wide appeal that could attract the type of customer that formerly sailed with entry-level Carnival line Ocean Village, many of whom did not switch to other brands after it ceased operations in 2010.

Engaging with the trade

Perez praised the work of his predecessor Lynn Narraway, who is now managing director of the combined HAL Seabourn division.

“Lynn has done an amazing job,” he said. “Having the two split means we can now focus on the one brand, which means we are going to engage more with trade.”

Narraway said a lot of the new agents with whom the line started to work this year due to Carnival Magic’s popularity were not necessarily cruise specialists.

“What’s interesting is the number of retail agents who package up their own cruises because they realise the increased margins they can make,” she said.

“We love that. I would be happy if we did not have to do air again.

“If agents can focus on a niche such as a destination or cabin category it gives them something different to what everybody else is doing,” Narraway added.