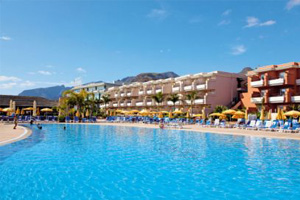 First Choice’s first major advertising campaign promoting itself as an all-inclusive operator kicks off on Monday.

Filmed at the new First Choice Holiday Village in Tenerife (pictured), it includes the operator’s first TV advert since 2009 which will be shown during the ‘Who Wants to be a Millionnaire Christmas Special’ on ITV.

The advert features a man and his family, on a journey to the resort, being congratulated on their holiday choice with high-fives from friends and First Choice staff.

There will also be adverts in the national press, with the aim of highlighting the fun and value for money of all-inclusive holidays. The advert will also be seen in retail shops.

Messages put out in the advert include free child places, low deposits and savings of up to £200 per booking. The campaign will continue with email and direct marketing into the New Year.

The operator will also be using smartphone technology – customers will be sent tailored holiday suggestions in the form of a direct mail mini-brochure or email from December 28.

Some will be able to link straight through to the suggestions by scanning the black box QR codes with their smartphones.

First Choice announced it was becoming an exclusively all-inclusive operator in April this year and started only selling all-inclusive from the summer.