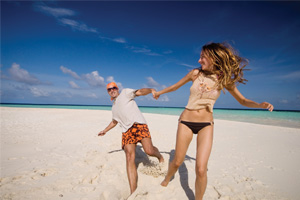 Holiday spending will be at risk if there is a further downturn in the economy.

New research suggests almost one in five UK adults would make overseas holidays the first area they cut if they have less money next year.

TNS research for Travel Weekly found 18% of respondents would cut spending on holidays abroad first, more than would spend less on clothes, shoes or evenings out.

Half as many said they would first cut spending on alcohol and fewer still spend less on UK breaks, music, sport and entertainment or days out.

Spending on food or mobile phones were least likely to be cut. The trend was even more obvious among adults who took a holiday abroad this year: 19% said they would cut spending on overseas holidays in 2012, ahead of spending on evenings out (16%) and clothes (15%), while 36% identified holidays as among the first three areas they would cut.

Researchers gave respondents a choice of activities and asked which three they would be most likely to reduce spending on if their financial situation deteriorated. After eating out and holidays, 28% of respondents put spending on clothes in their top three, 24 % UK breaks, 22% ‘entertainment’, 21% days out, 20% alcohol, 13% household goods and services, 12% mobile phones and IT, 6% food and 2% education – and 11% did not know.

The proportion likely to re-examine their holiday spending was also higher among the better off, reaching 38% among upper and middle-class respondents and 33% among lower-middle and white-collar workers. Obviously, these are the groups most likely to travel abroad.

A greater proportion of people with children were likely to reduce spending on holidays – 36% put holidays in the top three areas they would cut back on compared with 30% of those without children.

There was little regional variation, although London showed the highest rate of those likely to cut back on holidays (38%).