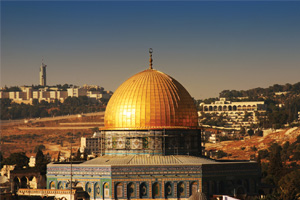 The Advertising Standards Authority (ASA) has dismissed complaints against a magazine advert for the Israel Government Tourist Office (IGTO).

Three readers challenged whether the claim “The masses have always been well fed in Israel” was misleading and likely to cause offence, because they understood that some areas of Israel were subject to food shortages.

They also challenged the claim “It’s a melting pot of races and creeds” because they understood that Palestinians in Israel were restricted in movement and excluded from some areas of daily life.

The IGTO told the ASA that Israel provided for the hungry but, as with any other country in the world, it suffered disparities in some areas, such as hunger and, for security reasons, the limitation of movement.

The ASA said the advert was designed to attract visitors to Israel and focused on promoting the range of foods and restaurants available to tourists.

Rejecting the complaints, the authority ruled: “We understood that the inhabitants of Israel were made up of a number of different ethnic groups and faiths and, as with all societies around the world, inequalities existed.

“However, we considered that the claim ‘It’s a melting pot of races and creeds’ would be understood by consumers to be a reference to the population mix of the country and not a claim that the population necessarily lived in harmony and equality.

“We considered that, in the context of a tourism ad, the claim was not misleading and would not cause serious or widespread offence.”