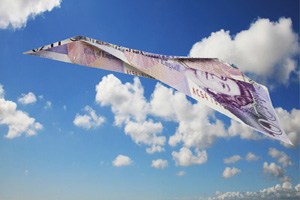 The EU Emissions Trading Scheme threatens to add £130 to the cost of a family holiday to the US by 2020, according to a report today.

Research by independent think tank Civitas said costs will immediately increase to £10, rising over the decade to reach £130 for return transatlantic flights for a family of four to cover the cost of the carbon permits.

It also warned that Heathrow could lose its status as a major international hub, which would put jobs at risk.

David Merlin-Jones, the author of the Civitas study, told the Daily Telegraph: “Perversely, the EU ETS will encourage flight paths to deviate from the shortest, most fuel-efficient, routes in order to avoid the EU’s unilateral price hikes. Ironically, the overall result could be more CO2 emissions produced, not less.”

He said that ETS would give airports outside the EU, such as Geneva, a competitive advantage.