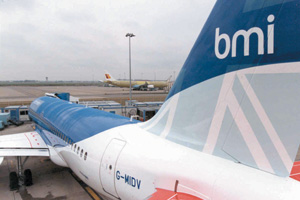 Assurances have been sought over the future reliability of flights between Heathrow and Scotland with the takeover of BMI by British Airways parent International airlines Group.

The SNP has raised concerns over the Heathrow-Edinburgh service, claiming that BA’s percentage of flights on time was lower than BMI’s and average delays were longer in 2010.

SNP MSP Colin Keir, whose constituency of Edinburgh Western includes Edinburgh airport, told The Scotsman newspaper: “BA’s record lags behind a much more punctual BMI. I urge BA to ensure passengers are not left with a poorer service.”

He said air links to Heathrow were vital for the economy and assurances were needed that further domestic slots would not be withdrawn.

Although the £172.5 million sale of BMI by Lufthansa to IAG has been agreed, the deal has yet to be approved by European Union regulators.

Edinburgh South West Labour MP Alistair Darling warned in November that, if the deal went ahead, it would be a return to the 1970s when only BA provided a service from Edinburgh to Heathrow.

Scottish Chambers of Commerce chief executive Liz Cameron said: “IAG have committed to ‘maintain a comprehensive domestic schedule’ and this is welcome.

“IAG must continue to assure businesses of their commitment to maintaining or improving connectivity to and from Scotland.”

An IAG spokeswoman said: “BA is already the largest operator between Scotland and Heathrow and this deal would enable us to safeguard these links.”