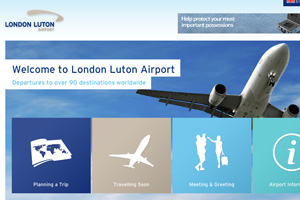 London Luton Airport Limited (LLAL) also aims to also create 6,000 jobs under proposals which would see it handling 18 million passengers a year, up from 11.5 million.

A four-week public consultation will begin on February 6 and will include a series of public exhibitions around the region. The planned 57% growth comes amid concerns of an air travel capacity shortage in south east England by 2020.

LLAL said the growth “can be achieved within the airport’s existing boundary and using the existing runway” and it will consider what modifications and improvements will be needed.

Chairman, councillor Robin Harris, said the airport needed to be ready to “embrace market demand in the future”. He said: “The benefits that will flow from the airport’s development will be realised in the local, regional and national economies.

“We are committed to ensuring the airport will continue to be a good neighbour and any growth in passenger numbers is managed in a responsible manner. Impacts on the environment, noise and road traffic flows will be fully evaluated as part of the process.”

LLAL aims to submit a planning application for consideration in or around April, at which time a further statutory consultation will be undertaken by Luton Borough Council as planning authority.

The project, known as “futureLuToN:Optimisation”, has already been unveiled to the airport’s consultative committee, which represents local residents, councils and community groups.