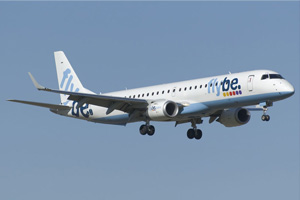 The boss of regional airline Flybe has put his weight behind proposals for a new London airport in the Thames Estuary.

Chairman and CEO Jim French believes any new airport should be a “national resource”.

He was reacting to government indications that it would consider the alternative to Heathrow put forward by London Mayor Boris Johnson and plans a formal consultation process in the spring.

“Flybe believes strongly that any new airport must be a national resource, guaranteeing access for all UK regions to an international hub, thereby maximising the economic potential of the whole of the UK,” he said.

French added: “Whatever the solution is to providing additional runway capacity in the south east of England, it must not add to the already congested skies over London.

“Therefore, we believe that it is entirely appropriate for the government to look at all alternative scenarios, including a new location for a national intercontinental hub airport which meets the long-term needs of the UK.

“The alternative of building a new national airport in another part of the country, away from the south east, is simply not feasible: just look at the location of every major hub around the world, it is situated adjacent to the major population centre and, in the UK, this is London.

“It is also important that we acknowledge that every major hub in Europe has a minimum of four runways and anything less than this is a compromise on our long-term potential.

“So, given the scarce land resource combined with the dense populations in the South East, it seems entirely appropriate that we consider extending our land space through developing an airport in the Thames Estuary.”