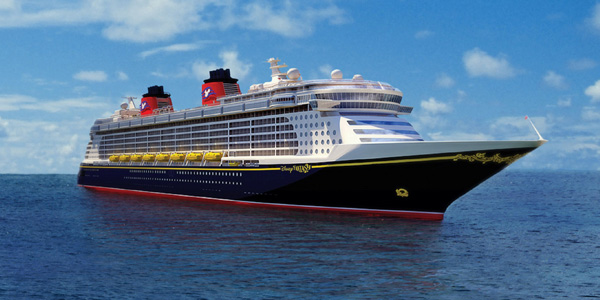 Get your diaries at the ready: 2012 is set to be another fantastically busy year for cruising. Jane Archer reports.

Over the next 12 months, new ships and river cruise boats are being launched, vessels are being renamed and there are new itineraries and changes in on-board product.

For the first time, the Association of Cruise Experts is splitting its convention – a highlight for any agent serious about wanting to sell more cruises – into separate events to cater better for frontline staff and owner/managers.

March, April and May are bumper months. Disney Cruise Line is making its New York debut in May, sailing from the Big Apple to the Caribbean and New England, while Hapag-Lloyd starts a two-year charter of Oceania Cruises’ Insignia in April under the name Columbus 2. Also in April, cruise lines are marking the 100th anniversary of the sinking of the Titanic with special anniversary cruises.

To help keep you in the know, we’ve rounded up the key events in this handy calendar. Prices are per person including flights and transfers unless otherwise stated.

What’s new? SeaDream Yacht Club is making its Amazon debut, offering a 20-day cruise from Barbados to Iquitos in Peru departing February 13.
How much? From $16,619 (£10,912) cruise-only including all drinks and gratuities.
seadream.co.uk

What’s new? Swan Hellenic’s Minerva returns to service on March 2 after a three-month refurbishment.
How much? From £2,520 for a 15-day Islands of the Sun cruise from Portsmouth to Funchal, Madeira, on March 2 including excursions and gratuities.
swanhellenic.com

What’s new? Four of the six Viking River Cruises’ Longboats being launched this year will be christened simultaneously in Amsterdam on March 21.
How much? From £2,795 for a 15-day Grand European cruise from Amsterdam to Budapest on Viking Aegir on November 7 including excursions and drinks with meals.
vikingrivercruises.co.uk

What’s new AmaWaterways’ AmaCerto departs on its inaugural cruise on April 12, before relocating to the Danube.
How much? From £1,624 for an eight-day Tulip Time cruise round-trip from Amsterdam on April 19.
amawaterways.co.uk

What’s new? Oceania Cruises’ new ship Riviera will be named in Monaco on April 19. The maiden voyage, from Piraeus (Athens) to Istanbul, departs April 24.
How much? From £2,279 cruise-only for a 10-day cruise from Venice to Piraeus on October 4.
oceaniacruises.co.uk

What’s new? Scenic Crystal, Scenic Tours’ sixth river cruise vessel, will be named in Rüdesheim, Germany, on April 25. It sets off on its maiden voyage on May 7.
How much? From £2,395 for an eight-day Gems of the Danube cruise from Nuremberg to Budapest on June 11.
scenictours.co.uk

What’s new? The Association of Cruise Experts’ (Ace) Selling Cruise conference for frontline staff is in Southampton from May 1-2. There will be talks and a trade fair on day one and a chance to visit up to four cruise ships on the second day.
How much? £55 for members, £95 for non-members, rising to £75 and £115 from March 1 onwards.
cruiseexperts.org

What’s new? Avalon Waterways is holding a dual christening in Enkhuizen, Holland, on May 11, for Avalon Vista and Avalon Visionary.
How much? From £1,735 for an eight-day Romantic Rhine cruise from Amsterdam to Basel including all transfers, excursions, wine with dinner and gratuities.
avaloncruises.co.uk

What’s new? MSC Cruises is naming new ship MSC Divina in honour of the fleet’s godmother, Sophia Loren, in Marseilles on May 26.
How much? From £1,299 cruise-only for a seven-night round-trip cruise from Venice on October 6.
msccruises.co.uk

What’s new? Tall ship cruise line Star Clippers is visiting the UK for the first time on May 5, as Star Flyer heads to northern Europe for a debut Baltic season.
How much? From £1,035 cruise-only for a five-night cruise from Southampton to Hamburg on May 5.
starclippers.co.uk

What’s new? Scenic Tours makes its debut on the Russian waterways, sailing between Moscow and St Petersburg on the renovated Scenic Tsar.
How much? From £4,995 for a 15-day Imperial Jewels of Europe cruise on May 20.
scenictours.co.uk

What’s new? Carnival Cruise Lines’ Carnival Breeze departs Venice on its maiden voyage to Barcelona, where it will be based throughout the summer.
How much? From £899 for a 12-night round-trip cruise from Barcelona on October 25.
carnivalcruise.co.uk

What’s new? Hurtigruten is basing a second ship in Spitsbergen to meet extra demand inspired by the BBC TV Frozen Planet series. Nordstjernen will be there from June to August, sailing alongside Fram, the line’s Spitsbergen regular.
How much? From £1,614 cruise-only for a five-night Polar Encounters cruise (various dates) including four nights on the ship and one-night bed and breakfast in Longyearbyen.
hurtigruten.co.uk

What’s new? P&O Cruises is celebrating its 175th anniversary by bringing its seven ships to Southampton on July 3. Each will depart that afternoon on heritage-themed cruises with special on-board entertainment and guest speakers.
How much? From £1,899 cruise-only for a 17-night Central Mediterranean cruise on Ventura departing Southampton on July 3.
pocruises.com

What’s new? Ace is hosting a one-day convention in Birmingham for directors, senior managers and owner/managers, with business seminars, debates and a gala awards dinner.
How much? £55 for Ace members, £95 for non-members, rising to £75 and £115 from March 1 onwards.
cruiseexperts.org

What’s new? Avalon Waterways makes its Mekong debut with Avalon Angkor, sailing seven-night cruises between Siem Reap in Cambodia and Ho Chi Minh City in Vietnam.
How much? From £3,915 for a 16-day holiday comprising three nights in Ho Chi Minh City, a seven-night cruise and three nights in Siem Reap including UK transfers, wine with dinner, excursions and gratuities.
avaloncruises.co.uk

What’s new? Celebrity Reflection, the last of Celebrity Cruises’ five new Solstice-class ships, sets sail on the first of three Mediterranean cruises on October 12, before relocating to its US home of Miami.
How much? From £1,646 for a nine-night inaugural cruise from Amsterdam to Barcelona on October 12.
celebritycruises.co.uk

What’s new? Regent Seven Seas Cruises is offering a 143-night voyage from Civitavecchia (Rome) to Beijing via Australia and New Zealand on Seven Seas Voyager on October 24.
How much? From £43,999 for 143 nights including business-class flights, transfers, excursions, drinks and gratuities.
rssc.com

What’s new? Voyages to Antiquity’s ship Aegean Odyssey is India-bound for the start of its first winter cruise season.
How much? From £3,345 for a 17-day trip combining a five-day Golden Triangle tour with a 12-day cruise from Mumbai to Sri Lanka on November 13, including excursions, wine with dinner and gratuities.
voyagestoantiquity.com

What’s new? Independence of the Seas leaves Southampton for a winter season in the Caribbean as Royal Caribbean International quits year-round cruising from the UK.
How much? From £1,205 for a 10-night Eastern Caribbean cruise from Fort Lauderdale on December 8 including a pre-cruise hotel night.
royalcaribbean.co.uk

What’s new? Voyager, formerly Alexander von Humboldt, sets off on its maiden cruise for Voyages of Discovery.
How much? From £1,899 for a 17-day maiden voyage from Istanbul to Portsmouth on November 17 including gratuities.
voyagestodiscovery.co.uk

What’s new? South Pacific-based Paul Gauguin Cruises takes delivery of new ship Moana, currently sailing as Compagnie du Ponant’s Le Levant, after a refurbishment.
How much? Moana will sail in the Mediterranean and Caribbean. Itineraries were not available as Travel Weekly went to press.
pgcruises.com