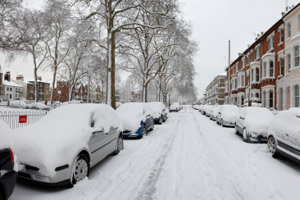 Further flight delays are feared at Heathrow today in the hangover from the snow that affected the airport over the weekend.

The BAA-owned London hub announced on Saturday that it would only operate about 50% of the 1,300 flights originally scheduled for Sunday due to bad weather forecasts.

But the airport faced questions from angry passengers after 600 flights were grounded despite just three inches of snowfall, disrupting the plans of up to 18,000 travellers.

“We took the decision with airlines and air traffic control to reduce the flight schedule in advance. By cancelling flights in advance airlines have been able to rebook some people onto flights that are departing, and passengers have had better quality information about whether they can fly or not,” a statement said.

“Heathrow is open. Our runways, taxiways and stands have been cleared of snow. Our snow plan has worked far better than in previous years and the airport is getting back to normal. However, there will still be disruption for passengers,” it said yesterday.

“There may still be some cancellations as a result of today’s disruption with aircraft and crew needing to be repositioned. Passengers should check the status of their flight with their airline before travelling,” the statement said.

Luton, Stansted and Birmingham were among airports closed due snow on Saturday.

Gatwick said this morning that it is expecting a full operation today, but advised travellers to check with their airline for the latest information.

London City Airport said flights faced delays this morning due to low visibility as a result of fog.

The Civil Aviation Authority said today: “Airports are operating more normally this morning, but there may be knock-on effects from yesterday’s snow. Check airline websites before leaving home.”