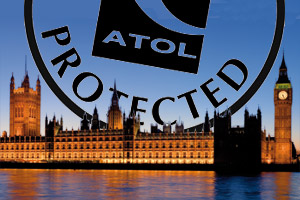 The transport minister did not say much and Kate Jennings, the head of aviation policy implementation at the Department for Transport who appeared with her, said less – though I intend no criticism by that.

At the same time the pair said a good deal on the central issue of concern to the trade.

Will airline sales of Flight-Plus holidays be brought into the Atol scheme? “It is too early to say definitely we are bringing airlines in,” said Villiers.

Airlines cannot be brought in straight away because it requires primary legislation, as we know, hence the relevant clause in the Civil Aviation Bill now before Parliament.

So what is the timescale for this further reform? “We would expect the Bill to pass through Parliament by April 2013 and expect to consult sometime next year.” (Jennings)

The consultation will be after April next year because: “I would be uncomfortable consulting on bringing airlines in before the Bill has gone through Parliament.” (Villiers)

Could the government act sooner than this? Yes. “We could act earlier.” (Jennings)

So why doesn’t it? “We want to see the shape of European Commission proposals first and allow the CAA to work on proposals for the future before consulting.” (Jennings)

What proposals are these the CAA will work on? “We have asked the CAA to explore different ways to finance the Atol scheme to give absolute assurance to airlines that we are doing it in as cost-effective a way as possible.” (Villiers)

Why exactly is that? “It is common knowledge that airlines are opposed to this.” (Villiers)

So the bait on the hook for the airlines will be a refinanced scheme and, presumably, a lower Atol Protection Contribution on bookings.

Villiers believes airline sales of holidays should be in Atol. She said: “My view is the whole travel industry would benefit if customers were confident about protection.”

But the airlines need convincing to accept this and the costs of compliance.

I have taken liberties with the order in which these responses were made, but this is an accurate account of what the committee heard.

It does no harm for the industry to maintain the pressure from the other side. Yet no-one should be under any illusions.

Flight-Plus sales by airlines will be brought into the Atol regime, but not yet ¬ the question is whether it will be January or April 2014 or January-April 2015 or later if the carriers succeed in pulling on the handbrake.

The pair also gave responses to a series of questions raised by the trade and voiced by MPs on the committee.

Of plans for reform in Brussels, Villiers said: “We are confident the [current] changes will not be inconsistent with changes to the Package Travel Directive.”

On the suggestion of moving to a voluntary insurance-based system to replace Atol, Villiers said: “The Package Travel Directive requires protection for certain types of holidays, so we are stuck with that.

“We can’t solve the need to address clarity for the consumer by insurance … and I remain to be convinced that insurance is as good an option as Atol.”

On the suggestion that consumers who buy unprotected holidays should be informed of what they are not getting, Villiers said: “There is no legal way to require companies not covered by Atol to make that clear.”

And on the ‘same or consecutive day’ rule for what constitutes a Flight-Plus booking, the minister said: “It is a compromise.”

Villiers even had an answer to the question as to why a Tory government, committed to cutting regulation, is doing the opposite and extending the Atol scheme.

She said: “It is somewhat counter to the intention of a Conservative government. It troubled me. I was keen to explore the option of leaving it much more to the consumer. But it is not really an option because of the Package Travel Directive.”

So there you have it.