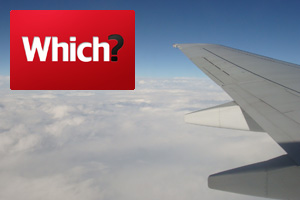 Some travel organisations are imposing “rip-off” charges on customers, Which? Travel magazine claims.

The consumer watchdog magazine looked at the methods of 188 companies, including 51 travel firms and 32 airlines as well as hotel chains and hire companies.

Premium rate telephone contact numbers, “hidden” extras and “free” offers that include payments were just some of the costs uncovered.

It found that 28% of the organisations were using expensive 0871 or 090 calling codes; 43% were adding surcharges or unavoidable booking fees to card payments; 20% were using automatic “opt-ins” where consumers had to untick a box to avoid extra payments for things they may not have wanted; and some offered “free” car hire which was accompanied by an insurance package costing as much as £126.

Ryanair was found to have the most expensive telephone number – at £1 a minute from a landline – followed by Wizz Air (77p), BMIbaby (65p), Jet2.com and Air Malta (both 60p).

Some operators added on a £2 charity donation to the price of a holiday without giving consumers a say in the matter, the magazine said.

In a separate report, Which? Travel said the London Olympics had sent “hotel prices soaring”.