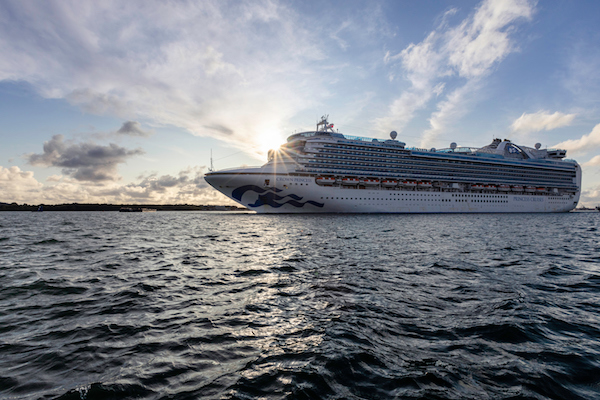 The UK ban on cruises must be lifted this month to allow the sector to prepare to a return to sailing by Easter.

Sector leaders have written to the government urging it to enable people to book for the summer peak season.

The UK Chamber of Shipping and Clia said the restart of cruises would take up to three months, meaning that a signal was needed in January to allow the industry to get ready.

Ministers were told that 35% of advance bookings were usually made during December and January, underlining the need for a clear statement in favour of reopening the industry, The Times reported.

Government and industry officials are due to meet in the coming weeks to discuss a possible reopening.

The UK cruise industry generates an estimated £10 billion a year for the UK economy and supports more than 88,000 jobs.

Most sailings have been suspended since July when the Foreign Office issued blanket advice against all cruise ship travel following a surge in worldwide Covid-19 cases.

The industry revealed a framework in October for restarting operations with enhanced public health protection following more than six months of collaboration.

But the government’s Global Travel Taskforce report, published in November, said cruises would not be possible until the national coronavirus alert level drops to at least 3, with a move to 2 “being considered by the chief medical officer”.

This appears increasingly unlikely until well into this year when vaccines are widely available.

The letter to chancellor Rishi Sunak reportedly said that the industry needed “clarity and confidence to start planning for the operational restart of cruise ships which can take up to three months”.

“We need concrete steps to be taken in order to proactively plan for a restart of the sector, primarily so that we are able to begin to take bookings for 2021,” it said.

“A pathway to restart, which lays out a timeline for the resumption of cruise operations, must therefore be developed urgently . . . In addition, rescinding [Foreign Office] travel advice specific to cruise now will transform consumer confidence for sailing next year.”