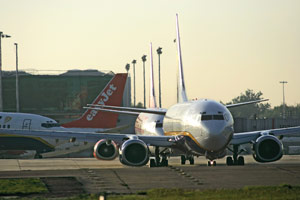 Airports operator BAA is mounting a further legal challenge in an attempt to avoid having to sell Stansted.

The company said it had started appeal proceedings, saying it believed the Competition Commission ruling over Stansted was “flawed”.

The Commission ruled that BAA must sell Stansted and two of its other UK airports. BAA has mounted a series of legal challenges to the 2009 decision – all of which have ended in defeat for the Spanish-owned company.

The company has since sold Gatwick and is to offload Edinburgh airport.

It said: “BAA has initiated appeal proceedings against the Competition Appeal Tribunal’s judgement of 1 February 2012 which found in favour of the Competition Commission’s decision of 19 July 2011 that required BAA to sell Stansted airport.