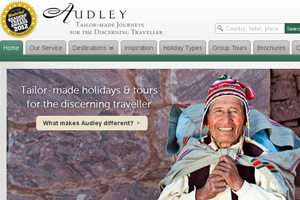 A deal to buy a stake in independent tour operator Audley Travel could be sealed very soon as a leading contender is said to have emerged.

The Sunday Times reported that Equistone, an investment firm that was formerly part of Barclays, is now the favourite to tie up a deal after Phoenix Equity Partners pulled out.

The newspaper reported that Equistone is “racing to complete the deal” and quoted insiders who said it could be completed “within a month”.

Phoenix was said to have been the previous forerunner to clinch a stake from Audley’s founders Craig Burkinshaw and John Brewer.