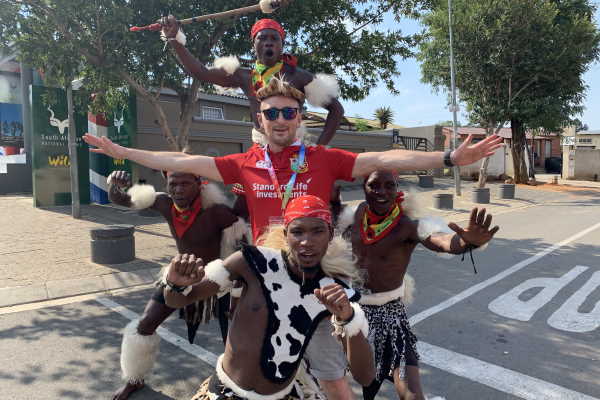 A sports specialist tour operator has launched a petition calling for rugby union officials not to scrap the British & Irish Lions tour to South Africa this year in favour of matches played on home soil.

Mark Gardner, managing director of MSG Tours (pictured), argues that cancelling the tour rather than postponing it until 2022 would have a significant impact on specialist members of the UK trade and on South African tourism and the wider economy.

MSG Tours sells direct and through a selection of third-party agents.

Explaining the rationale for the petition, which is being publicised using the hashtag #SAnotUK, Gardner said: “We are petitioning for the home nations of England, Scotland, Ireland and Wales, who collectively make up the British & Irish Lions Board, and South Africa, to do the right thing by agreeing to switch the Lions tour to 2022, placing this before the needs of their own country’s proposed summer tours.

“The Lions requires only 36 players from across the four home nations.”

He added: “A well-documented UK-hosted replacement series in July 2021 not only dilutes the rich touring history of the Lions, it denies South Africa’s fans, stadia, businesses, and whole tourism infrastructure the opportunity to host, impress and benefit from the 30,000 fans expected to follow the world’s most passionate invitational touring team.

“Further, UK tour operators, independent travelling fans, airlines and businesses that exist and rely on this outbound tourism would face substantial pressures on losses through commitments made to this date.

As of Monday morning, the Change.org petition had been signed by more than 4,250 people, with a target of 30,000 signatories.

It said: “Help us reach 30,000 signatures to present this compelling case to keep the Lions in South Africa in July and August 2022 and NOT a watered-down alternative that focuses only on revenue for a select few beneficiaries.”