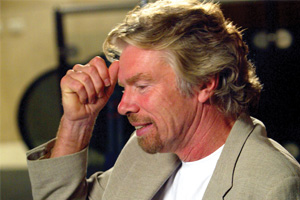 UK growth by Virgin Atlantic is being stifled by a block on expansion of Heathrow, according to founder and president Sir Richard Branson.

The carrier would invest up to £5 billion in the UK if the government reversed its “incredibly damaging” block on expanding the London hub, he told the Sunday Telegraph.

Sir Richard said that Virgin Atlantic was now focusing on expansion in the US and Australia rather than the UK.

Thousands of jobs which could have been created in the UK have gone elsewhere, he said, adding that the carrier had “effectively ground to a halt” in the UK.

Having a review over aviation policy without including Heathrow “makes no sense whatsoever”. Heathrow owner BAA is considering legal action against the review because of its limitation.

Sir Richard said: “I think the Heathrow decision was purely political and incredibly damaging. If there is one thing that is holding the country back it was the decision by all three parties to do the cowardly thing and that was to say they wouldn’t allow a third runway.

“We can’t wait for another aviation review. Virgin would be willing to invest £5 billion in expansion at Heathrow with new routes and take on thousands of new people [if the Government reversed its position].

Sir Richard was quoted as a group of business leaders called for the government to consider using more capacity at regional airports.

“Airports outside of the South East can provide additional capacity,” the letter signed by chambers of commerce heads says.