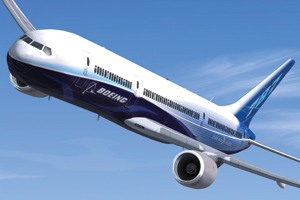 Boeing has disputed Indian government claims that it agreed to pay compensation to Air India for delays to aircraft deliveries.

The carrier has been seeking compensation for delays in the delivery of aircraft ordered in 2005, including 27 Boeing 787 Dreamliners.

Deliveries of the 787 Dreamliner have been delayed for three years.

But Boeing denied agreeing to any deal.

Chief executive Jim Albaugh repotedly said: “We don’t comment on deals that we’ve done. But I can tell you we’re not writing anybody a cheque for $500m.”

Boeing plans to accelerate production of the 787 to 10 a month from next year to clear the backlog of orders and ensure future delivery schedules are met.

“I see nothing to date that leads me to believe that we won’t deliver all the 787s we have in our plan by the end of the year,” said Albaugh.