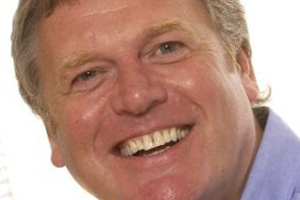 Tom Allen, Disney Park & Resorts’ sales and marketing vice-president when Disneyland Paris opened 20 years ago, recalls the trials and tribulations and how the UK trade prevailed to make it a success

It’s April 12, 1992, the opening day of EuroDisney (as it was then called), and I’m looking round the ‘Wild West Show’ arena half an hour after the official opening of the Park – and it smells.

Mixing with bison and horses having their breakfast – it wasn’t meant to be like this.

A short 18 months earlier I had joined EuroDisney to head up the travel industry office in London.

Step 1 – find an office, which I found one very snowy day in Northumberland Avenue in London.

Step 2 – find some great staff. A few months later and Elizabeth Harraway, Peter Welch and Debbie Palmer had joined me to form the basis of the team.

Our job – persuade the UK and Ireland travel industry that this brand new holiday destination was going to become an integral part of the travel business, and we were worth putting up with a lot of hassle to work with.

There are enough stories connected with the opening of EuroDisney, now Disneyland Paris, to write a book. So, I thought to celebrate the opening twenty years ago I would offer a brief snapshot.

As background, The Disney Resorts in the USA – Walt Disney World in Florida and Disneyland in California – had very little experience of working with the leisure travel industry.

All their sales efforts were in the corporate and incentive market. The rest was consumer direct business, working on the old adage – we’ll build it and they’ll come.

And although competitive pressures would alter that in the US over the next few years, at EuroDisney working with the travel industry was a new experience for the American executives.

They just didn’t understand it, why it was so important, and still believed, right up to the opening, that consumers would just turn up in their millions.

And would they listen to us European executives about the importance of the travel industry? Would they heck. They certainly did after opening.

So we had no strategy and no pricing policy, and knocking on our door were UK travel companies – Paris Travel Service; Airtours; Cresta; Wallace Arnold; Shearings; P&O Ferries; Stena Sealink; BA and more.

There was also a host of coach operators including a few new arrivals such as Mouse Trips. We had some fun with them getting them to alter their name to Magic Trips.

We came up with a market-unfriendly strategy of getting the operators to commit to rooms. The trade went ballistic, but eventually decided to play ball.

We called our partners ‘TOP’ operators, which meant one thing to them, but to us meant ‘Take or Pay’.

To cut a long story short, we entered into agreements with a whole range of tour operators. Prices were only released a few months before opening, a disaster for brochure production and sales schedules in those days.

Rooms available to tour operators were restricted to 40% of the hotel inventory, and despite all the problems, the UK operators as well as most other European countries excluding Germany, filled their rooms.

This, however, left 60% for the consumer direct market lying ever so empty. Working with the trade was set to change for the better following this experience.

We also had to introduce the market to a whole new set of Disney rules – the ‘creative guidelines’.

Getting across the concept that you couldn’t use Disney characters to sell Disney was a challenge in itself, but getting the detail correct was challenging in the extreme.

In the UK we took the view that guidelines meant that – they were guidelines, not rules, and tried to be flexible.

The stories are legion. When Paris Travel Service came up with Mickey Balloons on a brochure cover, and Alan Croft tried the line ‘they are not Mickey Balloons, they are upside-down cows udders’ we let him get away with it.

In fact we were able to get the guidelines altered to allow balloons. So far, so much fun.

We always knew the coach market would be important to us, but we couldn’t get agreement for free entrance for coach drivers and tour guides, which was normal for all other attractions in Europe.

This brought out the best of Disney in terms of moving fast, so we announced the building of a huge coach drivers’ lounge, and a change of policy on tour guide tickets.

I became increasingly impressed with how quickly Disney could move to fix issues, and increasingly despondent at how they couldn’t foresee them, which brings me back to where I started in the Wild West Show arena.

All the operators had been pressing us for a location to base their reps for their hotel guests. They wanted desks in each hotel lobby, as was normal throughout European leisure destinations.

Despite all our internal wrangling we couldn’t get the concept understood, much less get desks provided, so we came up with the idea of one centrally located tour operator desk for all to share, and started internal discussions to achieve that.

Jon Winder, my boss in Paris, worked wonders at internal politics, and eventually got agreement on the concept – but we couldn’t find a location.

It is worth remembering that the overriding pressure was to get a Disney theme park and seven hotels all open by April 12 (initially it was to be a rolling hotel opening which was altered to open them all together – no pressure then).

So for the park operators a tour operator desk was just a bloody nuisance. But to us it was vital.

So at 9am I am in the park doing a live radio interview with the UK, and at 9.30am Mickey Mouse and Michael Eisner are due to open the Park from Cinderella’s Castle.

“Tom – phone call for you”, (no mobiles in those days). It was Jon Winder, watching the opening from home on TV as he had been too busy on phone calls to get to the park.

“Get over to the Wild West Show and have a look, we can locate our tour operator desk there”.

So I headed over, but only after watching the opening ceremony. This was what I had worked for, night and day, for 18 months and I wasn’t going to miss it.

Well, even the UK tour operators were not going to put their reps and guests in the equivalent of a smelly cattle shed, and we eventually got our tour operator desk in the French tourist office in Disney village – a lot less smelly, but just as difficult to understand as the bison.

And anyone who remembers those days will remember the horrendous press coverage we received for a few years after the park opened, partly because Michael Eisner was rude to Lord Rothermere at the VIP opening party.

My personal favourite was the Evening Standard headline “Eurodisney to close” – very helpful. But that’s another story, which along with all the others will just have to wait for the book.

There is no room here to expand on some of the other tales such as Eisner inspecting the newly built ballroom at the Hotel New York and, as he turned and exited, the roof caved in behind him. Or the antics of the UK and Ireland travel trade at the soft opening a few nights earlier.

Suffice it to say, thanks to a great team, and tremendous support from the trade, the UK was the only country to beat attendance targets in the first year of opening.

And it has gone on from strength to strength to be a vastly important market for both Disneyland Paris and the US destinations.