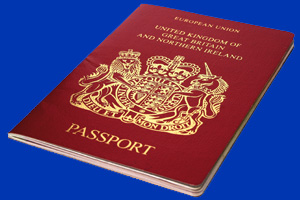 The number of Britons travelling abroad returned to growth in 2011 after four years of decline.

But Office for National Statistics figures show that the increase was a marginal 0.8%.

“These visits took on a more short-haul focus and UK residents spent less money during them,” the ONS overseas travel and tourism report said.

UK residents made more visits – at 3.3 million – abroad in February than the same month in 2011 at just under 3.2 million. But total overseas trips in the first two months of this year were down 1% at 6.56 million.

This increase helped spending by UK residents on trips abroad in the first two months of the year to reach £3.78 billion – about the same as in the January-February 2011 period.

Abta welcomed the outbound numbers but said more than a third of people would leave it until the last minute to book holidays this year.

“The figures show an increase in the number of package holidays taken and also a rise in popularity of short-haul holidays, suggesting that rather than giving up their holidays due to the economic situation, people are seeking the greater financial security offered by a package and opting to holiday closer to home.”

He added: “The trend towards short-haul holidays also suggests that the UK’s exorbitant level of air tax, which is higher for longer-haul destinations, may be impacting Britons’ choice of holiday destinations.

“Looking ahead to 2012 we expect the market to remain stable with all-inclusive deals and bespoke holidays that offer good value proving popular.

“Research we conducted in March also suggests that we will continue to see people leaving it to the last minute to book, with more than a third of Brits saying they are planning a summer break but have yet to book.”

Jamie Shuker, managing director of Alpharooms.com, said its booking data was showing the same trends as the ONS figures:

“Our latest research also illustrates that almost a quarter of Brits (23%) are looking for cheaper deals rather than giving up the number of days spent away.

“There’s no doubt that a holiday is the highlight of the year for people throughout the UK. This year we’ve seen that tighter finances mean that some Brits have to look harder to get the right deal for their holiday.

“Simple steps like booking flights mid-week or looking for all-inclusive deals will ensure that holidaymakers don’t have to cut down on the number of days they go away, or give up their holiday entirely.”

They spent £2.075 billion during their trips in the first two months of the year – 7% more than in the same period last year.

A VisitBritain spokesman said: “February saw 1.76 million visits from overseas, while spending amounted to around £1 billion.

“These results show modest increases in what is traditionally a quiet month for international tourism and means we are on course to reach this year’s forecast of 30.7 million inbound arrivals.

“This provides us with a stable platform to build on the vast profile our country will receive in 2012, with hallmark events such as the Games and the Diamond Jubilee helping us to enhance our image to billions of potential visitors around the world, and allowing us to capitalise on these once-in-a-lifetime opportunities to drive more tourism to Britain than ever before.”