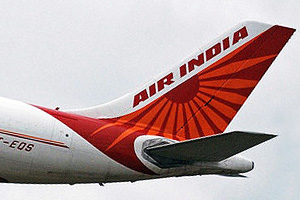 The amount is about five times the market value of India’s three listed airlines.

The cash injections through to 2020, in the form of new equity, will be tied to performance milestones such as percentage of seats filled, according to aviation minister Ajit Singh.

He was speaking after the government approved an initial 67.5 billion rupee bailout.

The cabinet will take a decision “soon” on whether to allow Indian carriers to sell as much as 49% to overseas airlines, Singh said.

He expects Air India to make an operating profit by 2018 as it restructures operations. The government also approved the carrier’s plans to add 27 Boeing 787 Dreamliners and three 777s.

Kingfisher, which is seeking funds after more than 10 quarters of losses, has said that potential investments hinge on relaxation of overseas investment restrictions coming into force.

The government will consider investment proposals by foreign carriers after the rule change on a “case by case” basis, Singh said. Management control will remain with Indian executives.