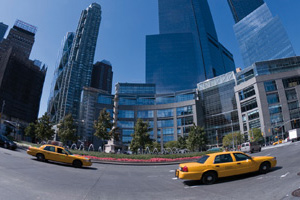 The UK has lost its place as New York City’s biggest international market to Canada, and is expected to fall further behind next year.

There is some light at the end of the tunnel, however, as long-term forecasts anticipate the UK will regain top spot in 2015, with 1.182 million UK visitors in comparison to 1.165 million Canadians.

George Fertitta, chief executive of NYC & Company, said rising air taxes and oil prices were contributing factors in the forecasts, but he insisted that New York would not reduce its commitment to markets which were established “friends” of the city.

“Things like the price of oil and additional tariffs are factored in and that is one of the reasons why some of our strong markets are coming down slightly,” he told journalists at the Pow Wow conference in Los Angeles.

“But we would never think that we wouldn’t support those countries that have traditionally supported us.”

He added: “We continue to have very strong representation and we continue to look at ways of engaging with the travel trade in those areas.”

One new initiative is the Save the Date programme, which allows the trade and consumers to check a calendar of key dates and events when there are particular opportunities to access good hotel rates.

New York Mayor Michael Bloomberg has set NYC & Company the goal of generating $70 billion in economic impact from travel and tourism and 55 million visitors a year by 2015.