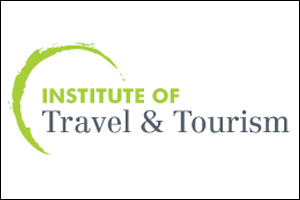 The travel industry’s record on attracting young blood into the sector looks set to be a key debating point in the latest board elections for the Institute of Travel and Tourism.

In total five new candidates are fighting it out with four existing board members for four positions on the board of the ITT.

Manifestos of the nine candidates standing in the 2012 board elections have been sent out to the ITT’s members this week, with ballot papers due back by May 25.

Perfect Weddings Abroad marketing director Danny Waine is to contest existing board director Richard English for one training and education vacancy on the board.

Former ITT board member Jane Dunham, general manager for distributor sales and international markets at Eurostar, is standing against existing member Angela Day for the ground transportation seat on the board.

Bevan, who is one of the candidates contesting for a position for the first time, claimed ITT would benefit from a larger range of middle and senior ranking figures from sectors such as hotels and aviation as well as more members from the traditional tour operator sector.

“I don’t think ITT goes out actively for new members and that needs to be addressed. If I was on the board I would see how we could broaden membership and then you might not have to rely on the same loyal sponsors.

“I also think ITT should be fighting hard to engage sales directors as well as managing directors. It will make it a richer organisation,” he added.

He will campaign for a broader membership of ITT and less of a “closed shop”, cheaper events for members and more young people in the industry, including more internship schemes.

Similarly, Waine is keen to bring new blood into the industry by improving ties between the sector and universities and colleges.

Under ITT election rules half of the board members, who serve a two year term come up for re-election each year.