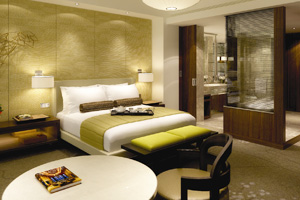 The Asia Pacific and the Americas will be the fastest growing segments in the next three years, with increases of 9.1% and 6.3%, respectively.

The forecast came from Tui Travel chief executive Peter Long as he outlined the growth of Spanish-based accommodation arm Hotelbeds which reported revenues of €1.2 billion for the year to September 2011, when the company sold 14 million room nights.

The Americas and Asia businesses have been the fastest growing source markets in recent years. The Americas region has gone from representing a 10% share in 2008 to 24% in 2011, while Asia has grown from 2% to 11% in the same period.

Hotelbeds’ president Joan Vilà told a Spanish tourism conference attended by Long that the profitability of the business was down to “growing and operating globally, working with large volumes and being more efficient”.

“We saw a great opportunity in the accommodation sector and understood that we should do so on a large scale,” he said. “That is why we decided to build a platform that would allow us to operate at a global level and that has made us very efficient.

“Our approach has always been directed to grow, adding destinations, improving our product and incorporating new source markets.

“We also understood that we should be competitive from the start. Given that we are a business for masses, in which the price is fundamental, has automatically allowed us to have an efficient model in cost.”