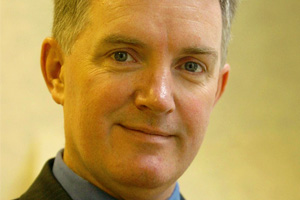 The government through the DFT has been the driving force to set the timetable for ‘Flight Plus’ being in place for summer 2012 holiday sales. While its implementation has proven to be challenging, the CAA is committed to supporting the application of the new Atol Regulations 2012 with the co-operation of the vast majority of the travel industry.

The practical difficulties in putting in place compliant agency agreements fully for all transactions liable to Atol protection together with the influx of new Flight-Plus Atol applicants had led to an extension being granted by the CAA to May 31 from the original  April 30 introduction.

However this additional month has left many travel businesses, including some existing full Atol holders, still struggling to comply.

In practice, the management of multiple agency relationships, in particular those involving airlines in the middle of the busy pre summer booking period, has left many in the industry with significant outstanding agreements. This has left confusion as to how to account for these agency sales from 1 June and fears that there may inadvertently be technical breaches of the regulations.

The introduction of the new Atol Certificates has been deferred to October 1 to allow for business systems and procedures to be amended to cope with the changes required. This has been a welcome recognition of the resourcing requirements facing businesses and perhaps a more realistic timeframe in which to allow the full implementation of the new Atol regulations which represent a wholesale change to the recognition of the characteristics of individual sales transactions.

Alongside many fellow industry professionals we have been working closely with our travel industry clients to assist with their interpretation of the new regulations to their own business cycles using the practical guidance from industry bodies such as ABTA and the newly accredited ‘Flight Plus’ bodies.

The most common challenge encountered has not been the willingness to comply but the difficulties in negotiating in many cases new agency agreements and in particular working through the supply chain to encompass written agreements between sub agents and Atol holders.

With an estimated 2000 new agency ‘Flight Plus’ Atols being required, there has equally been time challenges in securing these arrangements with the pressures of such an influx of applicants on Atol Flight Plus providers.

The collapse of the bonding market following the introduction of APC in April 2008 has provided a further financial challenge for those seeking a full Atol at a time when access to finance has never been more restricted and merchant facilities are equally hard to source economically.

As a result of the legitimate delays in readying travel businesses for these major changes I believe that over the next few months the CAA will remain reluctant to enforce the full rigour of the new Atol regulations where there is clear evidence that the process of compliance by Atol holders and applicants is in progress though they will be unable to publicise such leniency.

However with a sea change in the scale of Atol protected travel agencies, it will be harder for those not attempting to apply the regulations to remain below the radar and I fully expect the CAA to take firm action against any such businesses using the wide powers vested with them.