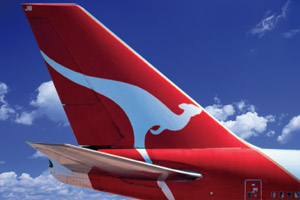 Annual profits at Qantas are expected to slump by as much as 90% as losses at its international division more than double.

The Australian airline group expects to report an underlying pre-tax profit in the range of A$50 (£31.6 million)-A$100 million for the financial year ending June 30.

That compares to a profit before tax of A$552 million in the same period a year earlier.

International operations are expected to report an earnings before interest and tax loss of more than A$450 million in 2011/12 compared with A$216 million the previous year.

“The forecast result reflects the recent deterioration in global aviation operating conditions driven by the European economic crisis, the group’s highest ever jet fuel bill, and substantial capacity increases in the domestic market that have reduced yields,” Qantas said.

Fuel costs alone are expected to reach A$4.4 billion, an increase of around A$700 million.

“We have taken decisive action to mitigate losses in Qantas International by withdrawing from lossmaking routes, reducing capital investment, and transforming Qantas engineering,” he said.

“The introduction of a new Qantas group structure with dedicated CEOs for Qantas International and Qantas Domestic will bring further rigour to our business.

“We are also attacking costs and allocating aircraft and capital efficiently. Over A$300 million in annual benefits have been identified from the changes we are making and we will continue to seek improvements in all parts of the business.

“While there are one-off costs associated with the transformation programme – in the range of A$370-A$380 million for the full year 2011/12 more than half of which are non-cash items – these costs will be outweighed by the long-term benefits of increased efficiency and competitiveness.”

He added: “We continue to practice disciplined financial management. We have announced capital expenditure reductions totalling A$900 million for 2012/13, bringing the total for the year down to A$1.9 billion. Capital expenditure in 2013/14 will be at this level or lower.

Joyce said Qantas has funding in place for “the majority” of its 2012/13 aircraft deliveries and intends to fund the remainder of its future capital commitments from operating cashflow, cash reserves and available debt.