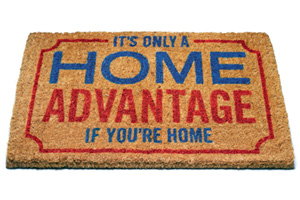 BA says the advertising campaign is to encourage Britons to stay in the UK during the London Olympics and Paralympic Games, but describes it as “tongue-in-cheek”.

The carrier argues it follows research which highlights the benefit of ‘home advantage’ for athletes who perform in their own country.

But the move follows uproar over a government-funded domestic tourism campaign, launched this spring, which asked “Why would you want to go abroad?” Senior figures in the sector denounced the campaign as “against the outbound industry”.

In a statement BA said: “Millions of Britons have juggled holiday plans to be in the UK for the Games.”

The carrier will launch the campaign today on Facebook at 11:00 and premiere a new TV advert tonight during England’s European Championship football match against Ukraine.

The advert features a BA aircraft taxiing by road through London to the soundtrack of London Calling by The Clash. The tagline “Don’t Fly. Support Team GB and ParalympicsGB” appears as the aircraft reaches the Olympic Park.

BA will place ads with the same message in national newspapers and on outdoor posters. The campaign will also run online and in social media, using the hashtag #HomeAdvantage on Twitter.

BA said: “In an online version on BA’s Facebook page, users can input their postcode and watch the aircraft taxi down their street.”

Van der Post said that includes “delaying your summer holiday”. “We are encouraging every clap, cheer and whoop we can get,” he said.

People who nonetheless choose to fly will be able to watch the action on screens in the lounges at Heathrow Terminal 5, and BA will host a dedicated area at the Olympic Park for up to 10,000 fans to watch the Olympics live on giant screens.

BA is the official airline partner of Team GB and ParalympicsGB.