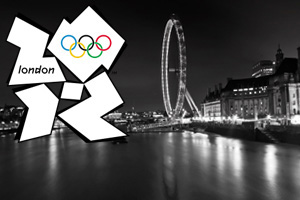 Almost one in five Britons plans to take a holiday either in the UK or abroad during the Olympic Games but they are leaving booking until the last minute.

This presents travel agents with a “huge opportunity” to target consumers with special deals.

More than a quarter of more than 2,000 people surveyed for Amadeus said they would be tempted away by holiday cost reductions with one in five (21%) saying they would be encouraged by offers of special deals.

Seven per cent would be interested in receiving suggestions by travel agents for breaks tailored to specific requirements that coincide with London 2012.

“These figures suggest a huge appetite for special offers that could yet be capitalised on by the country’s travel providers and sellers,” Amadeus said.

Despite so many people intending to take a holiday during the Games, most have left their travel planning to the last minute.

Nearly half (43%) of those who plan to go on holiday during the Olympics have not yet booked their whole trip, representing a “huge opportunity” for British travel agents.

Ten per cent of people living in London are planning to escape the capital to go on holiday in the UK during the games.

“This presents an opportunity for those agents and providers based inside the city to tailor packages specifically to an audience that is focused on domestic travel,” said Amadeus.

The company’s UK and Ireland managing director Diane Bouzebiba said: “Whilst the games undoubtedly present a very exciting prospect for lot of people, our survey shows that there are also plenty who are looking to get away – and nearly half of those haven’t yet booked their holiday.

“With our data also revealing the huge appetite amongst the public for deals on travel, the Olympics clearly present a huge opportunity for travel agents in the UK.”