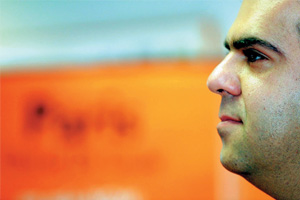 The airline’s chief executive Ed Winter told the Bloomberg news service that Fastjet plans to increase its services across Africa, with the exception of South Africa.

“We’ll democratise air travel by bringing a low-cost model that will allow people to pay as little as $20 per flight,” he said. “We see many opportunities in Africa.”

Fastjet will be created from services offered through four regional hubs under Lonrho’s Fly540 brand which runs domestic services in Ghana and Angola, while regional flights are offered from Kenya and Tanzania to Uganda and South Sudan.

West Africa, including Nigeria, a market of 170 million people, is of particular interest, according to Winter, former chief of UK-based budget carrier Go.

“A good, affordable network is needed to connect the cities there as there is very poor connectivity for the cities making up the region,” he said.

“In any low-cost service, a third of the seats in a flight should cost about $20 for those who book early,” Winter said, adding that the average domestic and regional flight in Africa costs $70 to $80.

Sir Stelios assembled the management team and will work as a consultant for Fastjet, he said.