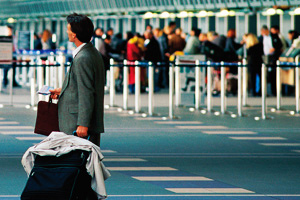 A drop in business travel carryings is expected by British Airways and Iberia parent International Airlines Group during the London Olympics.

The company, releasing June traffic results, said: “Underlying market conditions remain unchanged from last month. As we had indicated earlier in the year there is likely to be some near-term softness in premium traffic due to the Olympic Games.”

Many corporates have introduced travel bans during the Olympics due to the expected impact of the event on London’s transport system.

IAG saw premium passenger numbers rise by 5.3% in June over the same month last year, with a 9.6% growth in economy travel.

This came as capacity increased by 2.6% on a like-for-like basis. Group traffic measured in Revenue Passenger Kilometres rose by 5.9% on a similar measurement.