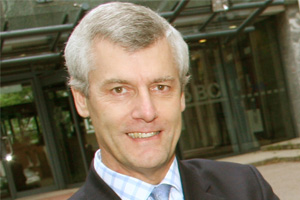 By Jerry Blackett, chief executive of the Birmingham Chamber of Commerce Group

China, India, Mexico and Brazil are all growing at rates that the average European finance minister could only dream of.

These economies are shifting the balance of economic power away from Europe and North America and this trend is unlikely to be reversed.

However these countries have something else in common.

Flying to them incurs some of the highest rates of Air Passenger Duty (APD), distorting the cost of flying directly to these countries as well as destroying the viability of many direct links between our regional economies and these rapidly growing economies.

APD is sending the wrong message to global investors.

A British Chambers of Commerce survey of company directors in emerging markets such as India, China and Brazil found that these individuals value direct air links highly when considering where to invest.

And yet Liverpool John Lennon, Robin Hood Doncaster Sheffield, Manchester and Durham Tees Valley airports have all reported losing flights as a result of APD, while dozens more routes have never got off the ground due to APD discouraging investment.

Air taxation damages our economy by reducing the viability, and thus the profitability, of many direct routes from our regional airports to emerging economies who, unlike many European countries at the moment, measure their growth rates in whole numbers.

That is to say that these are the markets that present UK plc with the greatest potential.

We export more to Ireland than Brazil, Russia, India and China combined.  If we are to change this depressing fact we must ensure that our regions have excellent international connectivity and that cannot happen while APD cripples the viability of key routes.

If we are serious about an export-led recovery then the Government should reduce APD and recognise that its coffers would soon overflow if it removed the restraint on British exporters and investors that is APD.

We should be encouraging businesses of all sizes to export to these markets. However the current APD system actively discourages individuals to fly to these markets and airlines to operate routes between them and the UK.

Individuals and businesses face numerous forms of taxation on a daily basis.

Most forms of taxation attempt to strike a balance between raising revenue for the Exchequer while having a minimal impact on consumption and demand. APD is not one of those taxes and airlines are not obliged to serve the UK.

We have no God-given right to world class air links and must therefore ensure that we have a globally competitive air taxation system that allows our businesses to access markets easily.