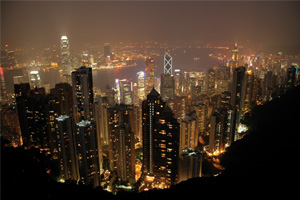 Typhoon Vicente was one of the strongest to hit the city in a decade with winds of up to 87mph and heavy rain.

Sixty flights were cancelled, a further 60 delayed and others diverted late on Monday, aviation authorities said.

Hong Kong’s main carrier Cathay Pacific said it planned to resume some flights. But authorities warned that flight disruption could continue as airlines try to clear a backlog of stranded passengers.

The tropical storm warning was briefly raised to the highest level of 10 for the first time in 13 years but downgraded this morning local time as the storm passed.