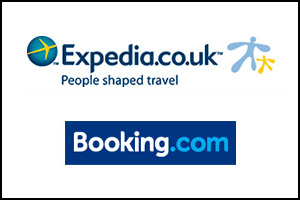 Expedia and Booking.com have joined InterContinental Hotels Group in strongly refuting claims by the Office of Fair Trading that they colluded to restrict discounts on rooms.

Expedia is co-operating with the OFT under “conditional immunity” and will not face fines should it be found to have infringed the law, provided it continues to work with the regulator.

Amsterdam-based Booking.com denied the allegations and would contest them “vigorously”.

Expedia said the OFT investigation had not established “that any laws have in fact been broken”.

The OFT yesterday issued a Statement of Objections alleging that Booking.com, Expedia and IHG infringed competition law by entering into arrangements to restrict discounting of hotel accommodation.

The investigation into the alleged price restrictions comes after a complaint in 2010 by small online travel agent Skoosh.com that hotels threatened it with legal action because it was discounting rooms, rather than offering prices in line with “rate parity”.

Expedia said it has not been established that any laws have been broken and that it “remains committed to ensuring that it provides consumers with the widest possible choice of travel options at competitive prices and will seek to safeguard its ability to continue to do so in relation to the current regulatory process”.

The companies involved have three months to respond to the allegations.

Expedia said: “The statement of objections does not establish that any laws have in fact been broken. Expedia will now review the statement and provide its response to the OFT in due course. For obvious reasons, Expedia is unable to comment further at this stage.”

Travel Republic backed the probe and said it shared the OFT’s vision that people should be able to shop around online to find a better deal.

He added: “We refuse to ‘single-source’ product.

“Our prices are known to be the best in the market and as a result we have been targeted by some of the global online travel agents who put pressure on hotels not to work with us or offer us those prices,” Pirie alleged.

“They sometimes even email print-outs of our website to the hotels to complain about our better prices.

“The clear interest of the OFT in this area might give them pause for thought and cut down on their attempts to dictate the market and bully the customer.”

“The online travel market may appear to offer plenty of choice and competition, but the reality is that there are lots of different shop windows selling the same rooms at the same prices – with those prices agreed through parity deals between the big groups and the big OTAs.

“Smaller internet travel agents like Blink have long wanted to offer lower prices to customers by sacrificing some of the margin on the prices we buy rooms at from the hotel groups.

“However, there is pressure to maintain pricing to protect the interests of a few big travel groups, at the expense of the traveller.

“We now offer rooms through a mobile application on the day of stay getting special prices, largely from independent hotels. That means that we’re more often than not able to offer rooms at up to 40% less than those on Booking.com or Expedia.

“The Blink experience points to where the whole market could be every day of the week if it weren’t for these price parity agreements,” he claimed.