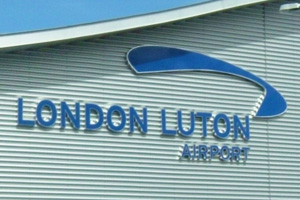 Any increase in capacity at Luton airport will take place within the current boundary and use the existing runway, its owners have said.

The signing of the contract between the owner and operator is to be followed by a planning application in the autumn, which will be subject to the statutory consultation process including public consultation by the local planning authority.

The plan includes expanding the passenger capacity at the airport to 18 million a year from a maximum of 10.3 million.

Passenger through-put generates income in the region of £10 million to Luton Borough Council, a figure described as “critical” for maintaining services to the community and supporting its capital programme.

Councillor Robin Harris, chairman of the owning company, said: “Given London Luton airport’s position as the single biggest asset owned by the people of Luton, this agreement and its potential benefits for wealth in the region’s economy are momentous.

“LLAL is delighted at this step forward and at the benefits it will bring to London Luton Airport and to the region’s residents.”

Operating company managing director Glyn Jones said: “The agreement will allow LLAOL to continue the successful work which we have been carrying out at London Luton Airport since 1998.

“Last year the airport was the UK’s fastest growing major airport and this agreement will enable both parties to continue to deliver sustainable growth together, developing the airport in a positive way for partners, residents and passengers.”