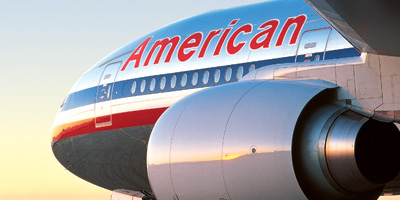 British Airways parent IAG has made a preliminary move to invest in American Airlines as its US partner considers merging with US Airways.

American Airlines and US Airways confirmed they had entered merger talks on Friday, as International Airlines Group (IAG) also confirmed it had signed a non-disclosure agreement with American.

A merger would put the combined American-US Airways on a par with US rival United, the world’s biggest carrier following its merger with Continental Airlines.

However, the company is under pressure to merge from unsecured creditors, who are represented by a panel in the Chapter 11 process.

US Airways chief executive Doug Parker said in a statement to staff: “We are pleased to be working directly with American to study a potential merger. We consider this very good news.

“It does not mean we are merging. It means we have agreed to work together to discuss a potential merger.”

US Airways has said a combined carrier would keep the American name and remain in the Oneworld alliance with BA, despite US Airways being a member of the rival Star Alliance.

IAG chief executive Willie Walsh confirmed his interest in American last month, saying: “We are open to [buying a stake] if there is a strong strategic argument for investment. But it would be a small investment.”

A Los Angeles-based aviation analyst told Bloomberg: “It makes sense to have BA at the table. If American comes out a stronger carrier, it is clearly in BA’s interest.”

IAG would be prevented by US law from taking more than a 25% stake in the carrier.

AMR has until late December to present a plan for its exit from bankruptcy protection. Any merger would require clearance by regulators.