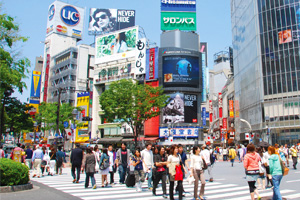 Virgin Atlantic plans to switch its Toyko flights from Narita to Haneda airport when it introduces a Boeing 787 Dreamliner on the route from London.

The move follows plans by the former mainly Japanese domestic airport to develop its international terminal and make more daylight take off and landing slots available to long-haul carriers from spring 2014.

Japan-UK air service talks earlier this year agreed that night-time operating restrictions at Haneda are also to be relaxed and that limited international movements can take place during daylight hours providing airlines retain a commercial presence at Narita.

British Airways, which runs a codeshare with Japan Airlines, currently operates five flights a week to Haneda from Heathrow.

Virgin, which struck a codeshare with All Nippon Airways in 2009, says the airport, close to the centre of Toyko, will offer improved passenger connections due to the 200 domestic frequencies available.

The airline’s chief executive Steve Ridgway said: “2014 is a key year in Virgin Atlantic’s history. It marks our 25th anniversary of successfully operating flights to Japan and will see us deploying one of our first brand new Boeing 787 aircraft on the route.

“We have definitely seen the market recover post last year’s tragic earthquake with an additional 23% capacity and passenger numbers up by 77%. We look forward to enhancing that further as we move into Haneda airport.”

He added: “August was a record month for Virgin Atlantic’s Japanese operations and this far eastern route is very valuable to us.

“Our codeshare agreement with ANA will ensure that international passengers still have the choice to fly to Narita airport but, between the two carriers, we will be able to offer more choice with a Haneda based operation.”