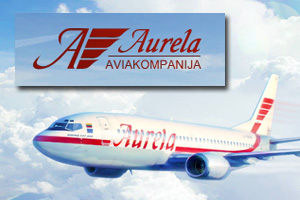 Monarch Airlines has stopped using aircraft from Lithuanian carrier Aurela Airlines after a Boeing 737 skidded off the tarmac at Birmingham airport.

The aircraft, with 135 people on board, ended up on grass after landing following a flight for Monarch from Nice on Friday.

It left the runway after landing while taxiing to the terminal and all passengers were taken off the aircraft unharmed, according to Monarch.

Local reports said the aircraft previously broke down in Tenerife in August due to an engine fault, stranding passengers on the island for two days.

Monarch said: “We have suspended the use of Aurela Airlines who we had been using on a temporary basis to provide extra flights for the late summer period.”

One passenger on the aircraft told the BBC it was the oldest plane he had ever flown on and another said it had appeared to have brake problems before it took off from Nice.

No one was injured in the incident which forced Birmingham to suspend flights on Friday afternoon while the aicraft was towed to safety.