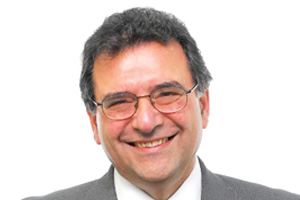 I suppose a minister looked at the shambles and the resulting hit on the Air Travel Trust Fund following collapses like XL, Flight Options, Goldtrail and others and decided that there needed to be some indication as to whether a holiday including a flight was protected or not.

So, the Departmenmt for Transport came up with the Atol Certificate.  I was a member of the group, led by the CAA, tasked to put the idea into practice.

Of course government has never really understood how our industry works.

At first it was quite evident that they just thought that everything in travel was booked via computer so that it would be simplicity itself for an agent or member of the public to print off a voucher (coloured yellow by the way) from the operator’s computer system once a booking had been made.

After a few of the meetings it became quite clear to government that what it was asking the industry to do was anything but straightforward.

There was no appreciation of the myriad methods by which operators took bookings.

For instance, government had no idea that specialist tour operators often asked agents to hold deposits before they began work on a trip and that therefore it was impossible to state on a certificate what had been booked when the deposit was taken.

Many agents take bookings via telephone from clients and obviously they cannot simply hand over a certificate the moment the client has read out the details of his/her credit card over the phone to the agent.

As for the colour yellow – well that just won’t happen in many cases. Who wants to buy a colour printer, or a new printer with two trays – one with white paper and one with yellow – just for the Atol certificate?

The Atol certificate will make money for technology companies (some are really charging heavily, from what I understand), will waste hours of time and consume tons of paper.

Will the CAA deny repatriation to  anyone who has not received a certificate or who is not even entitled to repatriation? Certainly not.

It’s bad PR to strand UK citizens abroad and there are so many instances when government has helped stranded holiday makers – to the anger of the industry – when it was quite clear they had absolutely no right to be helped, that simply the absence of a certificate will not mean anyone is left screaming at an overseas airport to be filmed, protesting, to the TV cameras.

Currently, the industry is in a panic about implementation.

There is nothing to be really worried about because much of what government initially thought should go on the certificate has been watered down. The normal ‘package’ Atol certificate really needs very little information.

You need the names, the number of people, the flight dates (not the carrier) and airports and the resort or country.

You do not need to state the accommodation details at the time the certificate is issued. At the bottom you just need a booking number and the name of the Atol holder.

If the Atol holder’s system cannot produce it at the time money has changed hands, then it’s simple enough for the agent to fill one out by hand and to hand it to the customer.

It’s the agent’s responsibility to hand one over and, quite honestly, how many mistakes are likely to be made with such a simple task? Currently, mountains are being made out of molehills.

Will all operators be able to send out the certificate with a confirmation and account to direct clients within 24 hours of a booking being taken?

I doubt it very much. Just imagine the cost of posting one out in advance of the confirmation and account at the current postal rates.

Nobody makes sufficient margins to allow them to absorb such extra expense.

And – wait for it – we may have another such certificate to print out when the European Commission comes out with the updated Package Travel Directive.