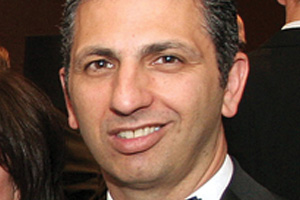 The Air Travel Trust Fund which backs the Atol consumer protection scheme is closing in on eradicating its multi-million pound deficit and will be in the black next year.

Andy Cohen, the Civil Aviation Authority’s head of Atol, told yesterday’s Elman Wall Travel Directors’ Summit that getting rid of the ATTF deficit could prompt fundamental changes in the way Atol is governed.

Cohen told delegates that the ATTF was as much as £42 million in the red as recently as last year, but that as of March 31 this year that figure stood at £18.5 million.

Since 2008 the Atol scheme has been funded by a per person Atol Protection Contribution (APC) which was initially £1 but rose to £2.50 following the collapse of XL Leisure Group.

New Flight-Plus legislation brought in in April sought to widen the scope of Atol so that more holidays fell within the protection scheme and more £2.50 payments were collected.

“As I stand here today we are very close to reaching the zero position for the first time since the 1990s,” he said.

Assuming there are no significant failures the CAA expects the deficit to be eradicated next year when the authority is planning to start a consultation with the trade that could see industry organisations take greater responsibility for running Atol.

Cohen said this will look at “who runs the trust fund”. “Perhaps it should be industry people advising us what to do,” he said.

Accredited bodies set up as part of the recent Flight-Plus changes are a step in that direction meaning the CAA does not have to regulate every one of the thousands of small companies in the travel sector.

Cohen said that the introduction of Atol Certificates on Monday was a major step forward and, despite concerns about the industry’s readiness, there was “80% coverage from day one”.

He also estimated that there was 95% coverage of agency agreements now in place – another key feature of the Flight-Plus reform.

The CAA is preparing for a major turn of year publicity campaign about the certificates which Cohen said it would work closely with the trade on.

“We are about to do a major campaign in January of the size we have never done before. We are forming industry working groups across all sectors and any campaign we do will dove tail with what you do.

“We will be supporting you in getting the message across about Atol protection.”